Located on the Crow River, this park offers an uninterrupted expanse of peaceful wilderness. Among the scenery, the restored prairie is a year-round attraction for its ever-changing color palette. Miles of trails wind through the park reserve and give an opportunity to spot wildlife like deer, fox, coyotes, trumpeter swans, hawks, and bald eagles. Scenic trails and group campsites that accommodate horses make this park a popular destination for horseback riders. 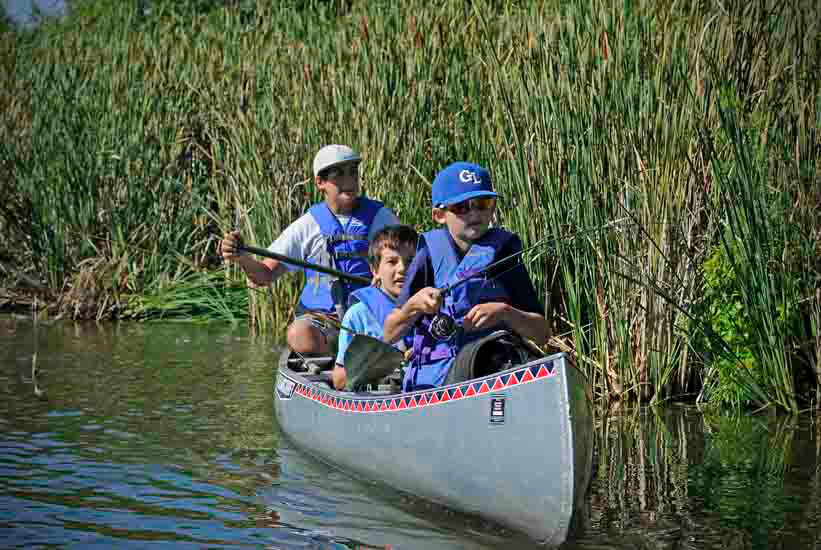 A carry-in/out boat access allows visitors to paddle the scenic Crow River. Paddlers are encouraged to check flow rates of the river. 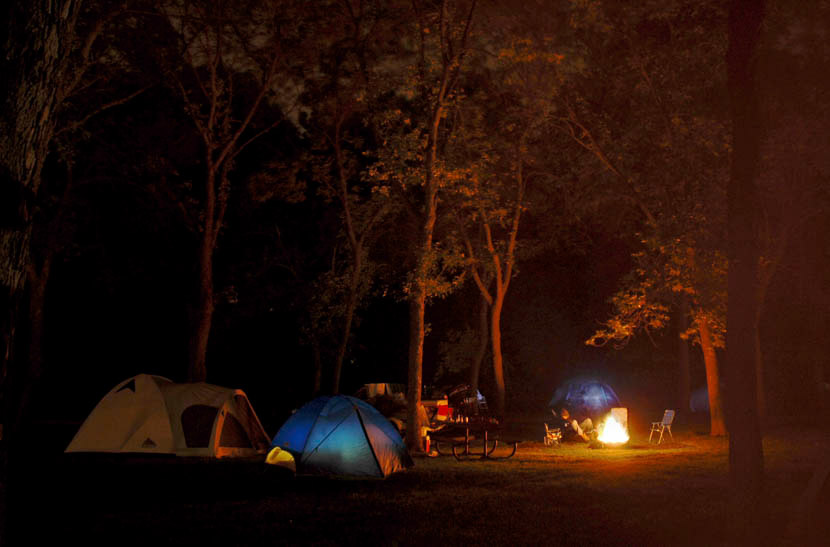 Crow-Hassan provides for a great escape. There is one walk-in first-come, first-served campsites, in addition to reservation group sites that can accommodate horses. 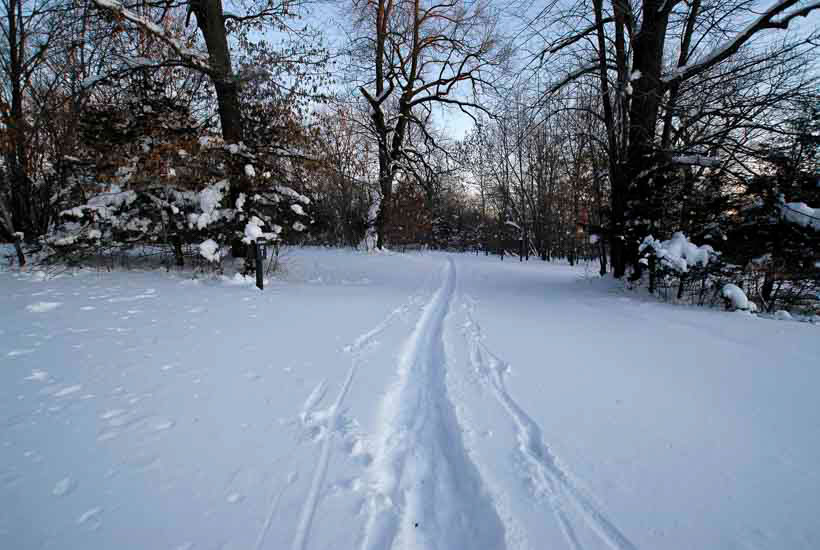 Ungroomed/packed multi-use trails offer a serene and isolated experience. The 2.6 miles of trails vary from flat to rolling prairie to hilly woods challenging all outdoor enthusiasts. Make sure to check the trail conditions. Restrooms are at the trailhead and at the outermost area of the perimeter loop. 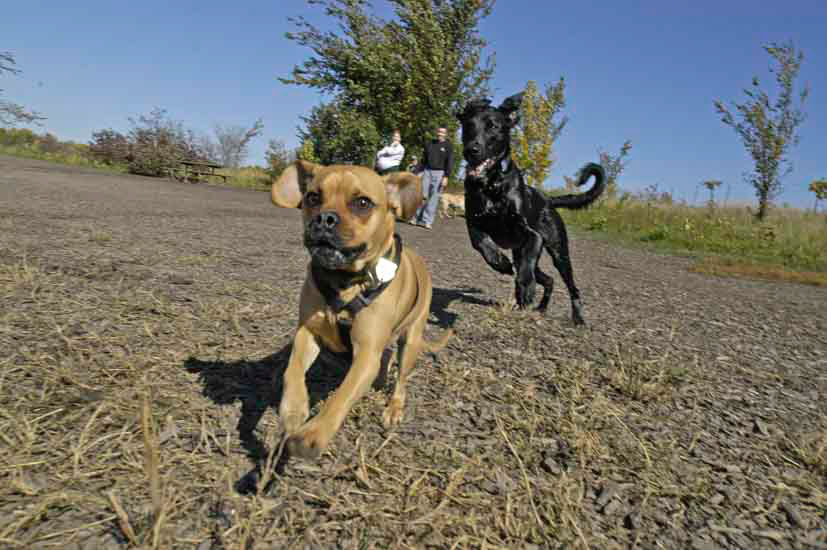 A 40-acre, unfenced dog off-leash area provides lots of space for Fido to run. Daily or annual pass is required. Owners must pick-up after their dogs. 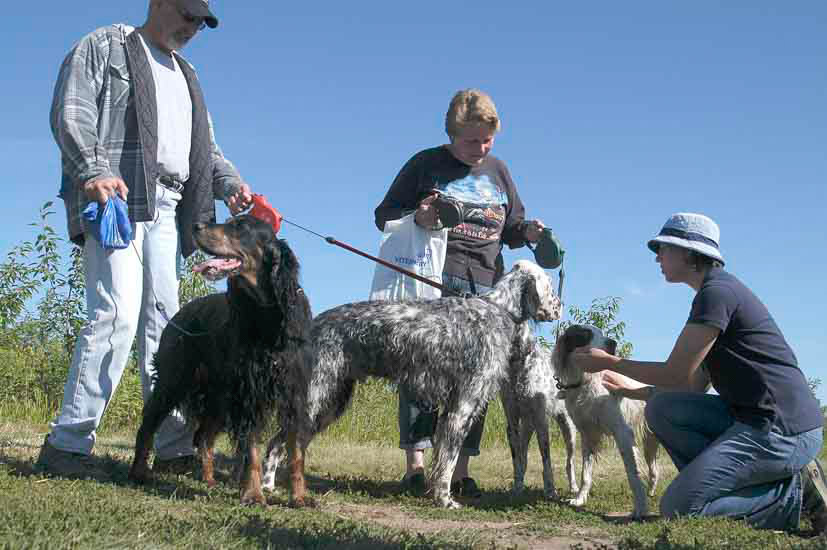 The park has 10 miles of trail designated for dog walking during the summer months and nearly three miles for winter walking. Dogs must be on a six-foot, non-retractable leash and owners must pick-up after their dog. 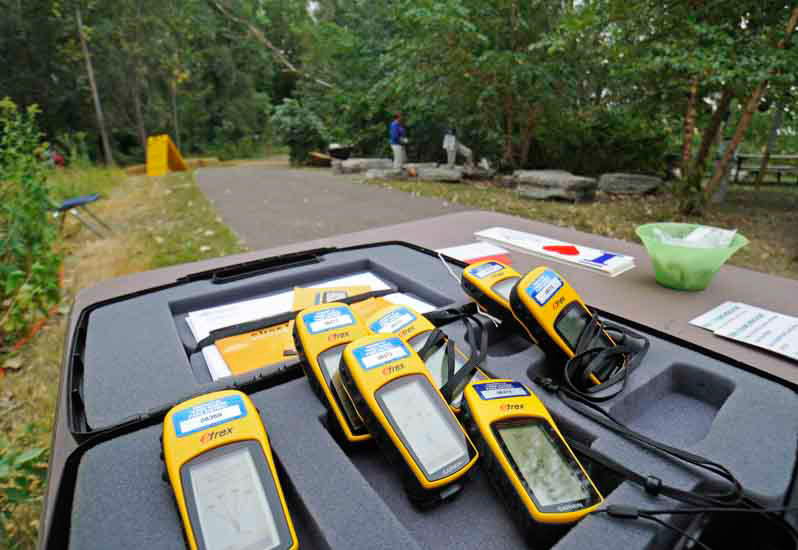 Geocaching is a family-friendly, high-tech treasure hunt that combines respect for the environment with a sense of adventure. This activity involves placing or looking for a cache using global positioning system (GPS) equipment. 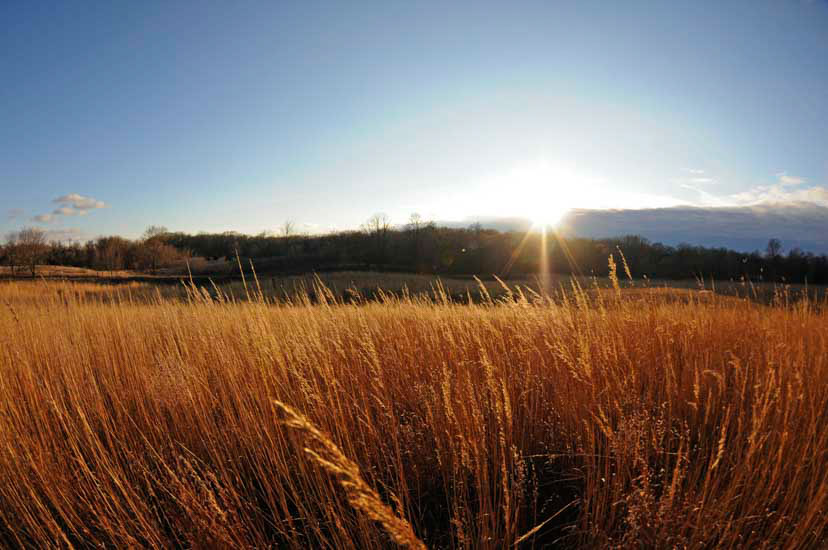 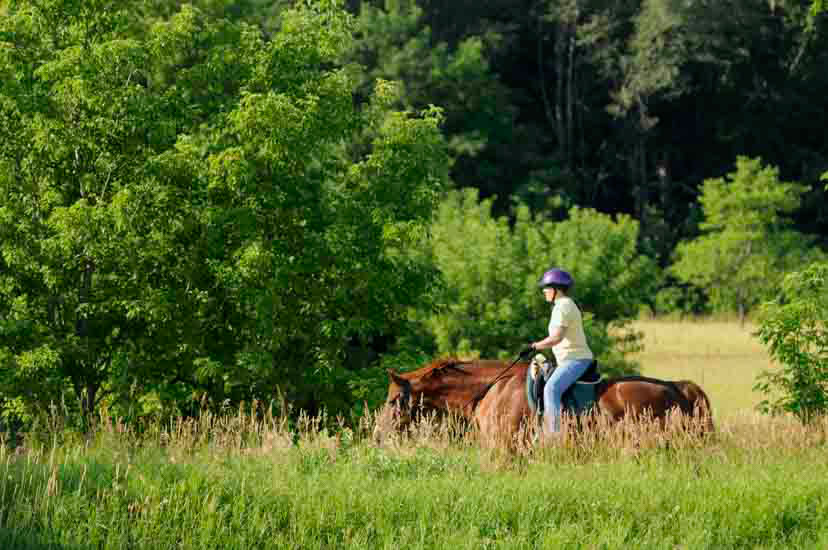 Crow-Hassan Park Reserve is known for its extensive horseback riding trails - come for the day or spend the night at a drop-in or reservation group camp. The park includes over 15 miles of summer trails that take riders through the reestablished tall grass prairie and along the scenic Crow River. There are nearly five miles of winter trails in the interior of the park with scenic vistas. Check the Horseback Riding page for trail status updates. Three Rivers does not rent horses. 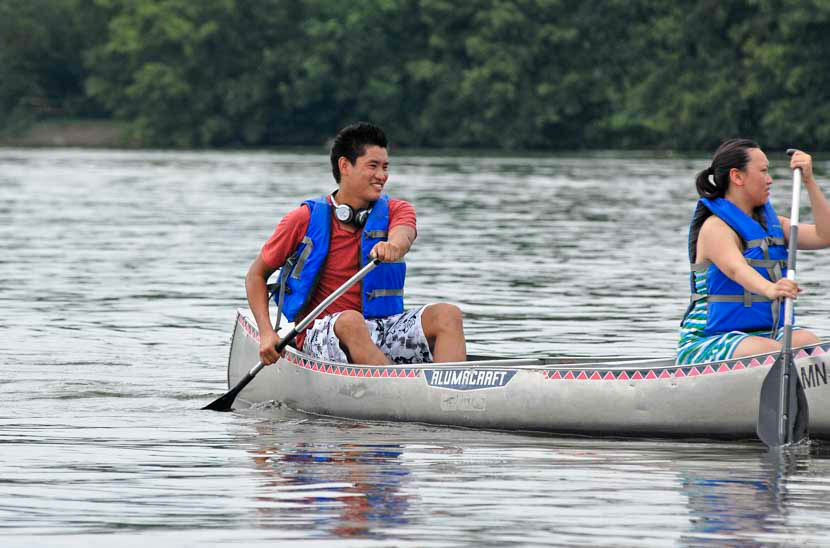 A carry-in/out boat access provides access for paddling the scenic Crow River. Paddlers are encouraged to check flow rates of the river. 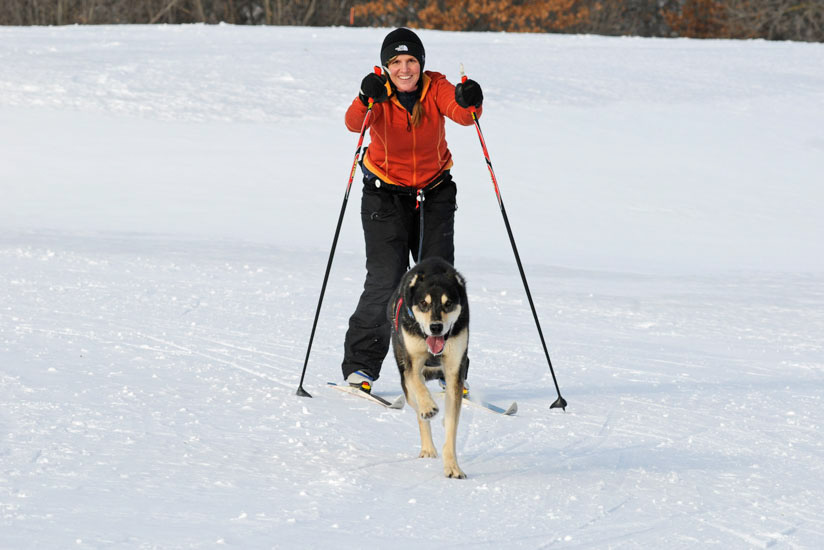 Ungroomed/packed multi-use trails offer a serene and isolated experience. The 2.6 miles of trails vary from flat to rolling prairie to hilly woods challenging all outdoor enthusiasts. Restrooms are at the trailhead and at the outermost area of the perimeter loop. 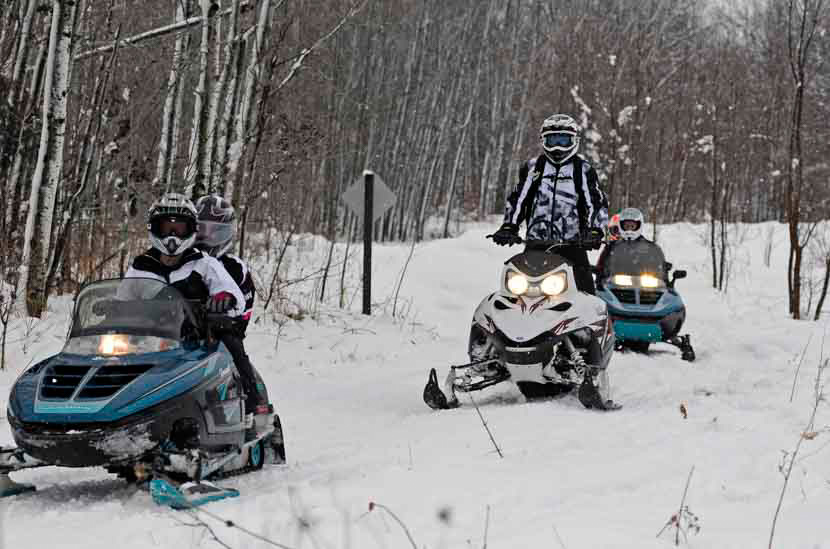 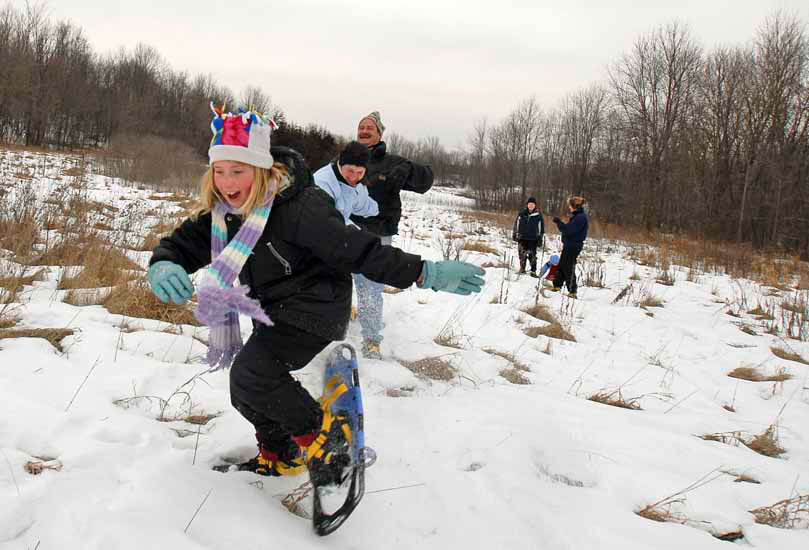 Ungroomed/packed multi-use trails offer a serene and isolated experience. The 1.5 miles of trails vary from flat to rolling prairie to hilly woods challenging all outdoor enthusiasts. Restrooms are at the trailhead and at the outermost area of the perimeter loop.

All Programs and Events

See all upcoming programs and events at Crow-Hassan!

In 2019, Three Rivers Park District celebrates 50 years of prairie restoration, and it all started with Crow-Hassan Park Reserve. What began in the fall of 1969 as less than 20 acres of grasses has turned into an important ecosystem that supports a large diversity of animals, insects, and plants.

Today, with almost 100 wildflowers, Crow-Hassan contains one of the most diverse restored prairies in the state. Uncommon plants such as puccoon, pasque flower and prairie violet grow successfully in Crow-Hassan, while attempts at other locations have not been successful.

These lands aren’t just a refuge for plants. Bullsnakes, plains hog-nosed snakes, and more recently regal fritillary butterflies have been successfully reintroduced in the park. All the birds you would expect in a prairie can be found, including sandhill cranes and the endangered Henslow’s sparrow. Other threatened and endangered species found in the park include the rusty patched bumblebee and Blanding’s turtle.

Explore this wonderful resource on your own, at a special program this summer or by volunteering for a prairie seed collection to support restoration efforts in other parks. Learn more about prairie restoration in Three Rivers.

Three Rivers is developing a master plan for Crow-Hassan Park Reserve. Learn more about the project.

Three Rivers' started re-planting prairies in 1969 and has restored approximately 1,600 acres of prairie habitat. Crow-Hassan has over 840 acres of restored prairie.

We take great care to preserve the natural beauty of this park through the efforts of our Natural Resources division. Volunteers are an important part of this work.

Minnesota is home to seven species of bats, but they don't all approach winter the same way. Read on to learn how bats survive our coldest months of the year.

Fall is the perfect time for hiking, and Three Rivers has endless options. From half-mile walks with lake views to more challenging hikes through maple forests, read on to see our staff picks for best fall hikes.