Now that spring is here, Three Rivers Park District is preparing to, once again, deal with one of the most insidious invasive, non-native plants in Minnesota — wild parsnip (Pastinaca sativa).

The main concern is it can be a very real human health hazard (more on that later). Because of the potential to harm park guests and staff, we have an aggressive control strategy.

A Brief History of Wild Parsnip

As with many invasive plants, humans are the root cause of the problem. Early European settlers brought it with them from Europe and Asia as an edible root. It has since escaped cultivation, and the wild form is invasive in many natural areas across the United States.

In Minnesota, this plant is on the Prohibited – Control list of Noxious Weeds. This means that if you find it on your property, you are expected to attempt to prevent its spread.

This could take several forms, but an effort should be made to limit its dispersal, which must be done carefully! See “Prevention and Management” recommendations on the Minnesota Department of Agriculture website.

So What's the Problem with Wild Parsnip?

In addition to having many of the characteristics that make invasive plants a problem in natural areas, wild parsnip is dangerous to human health. Chemicals within the sap (furanocoumarins) make skin extremely susceptible to ultraviolet radiation.

This is known as phytophotodermatitis. If the sap contacts your skin, and the area is exposed to sunlight, you will experience a reaction: an itchy, burning rash that takes about a day after exposure to develop.

Ultimately, painful burns and/or blisters form that often take weeks (or even months) to heal, and scars from these burns can last years.

How to Identify Wild Parsnip

In order to avoid this plant, learn to identify it! Here are some handy characteristics:

First-year leaves are produced in a rosette, a low-growing stage that looks something like this: 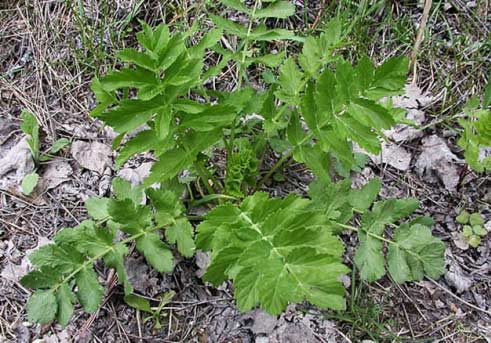 After at least one year as a rosette, the plant will bolt and send up a tall flowering stalk. This stalk is usually 4-5 feet tall and has umbrella-shaped clusters of teeny, tiny yellow flowers. It is most obvious and easiest to identify at this stage, which is roughly late June to early August in the Twin Cities. This is also the time when its furanocoumarin concentrations are the highest. 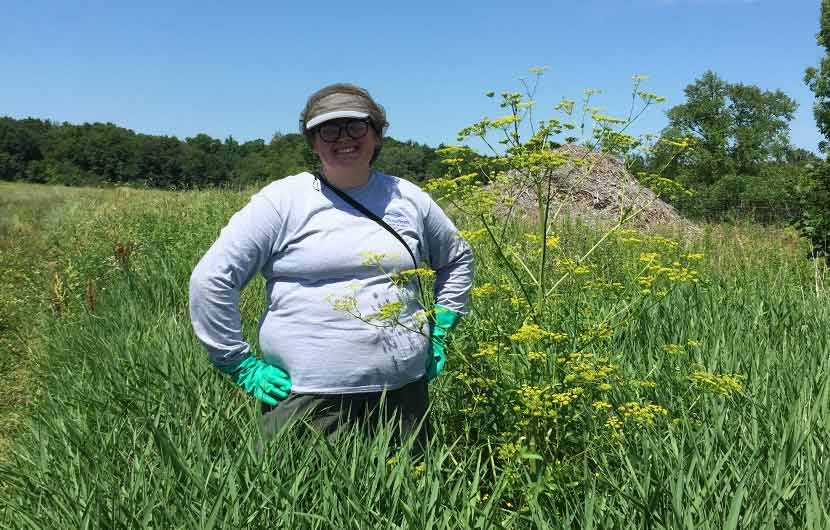 The leaves at both the rosette and flowering stage are alternate but compound with 5-15 paired leaflets per leaf.

Another helpful characteristic is the stem, which has deep vertical grooves. The grooves are an easy way to differentiate this plant from its main native look-alike, golden alexanders (Zizia aurea). 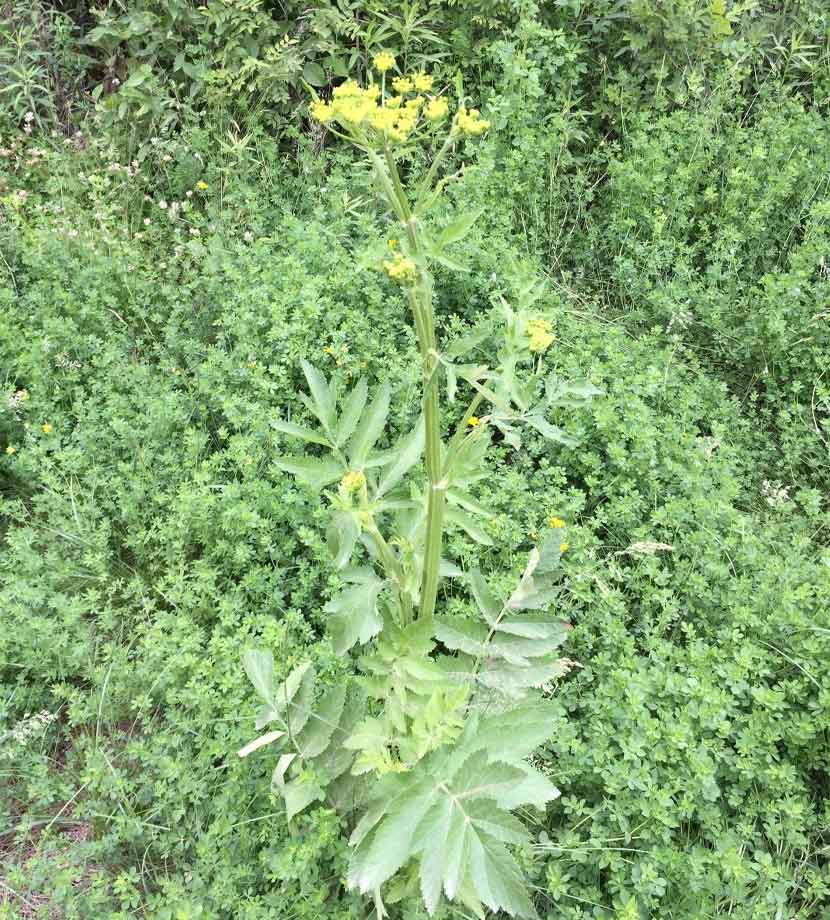 For more helpful identification tips, see Minnesota Wildflowers – A Field Guide to the Flora of Minnesota and Minnesota Noxious Weeds from the Minnesota Department of Transportation.

How Does Wild Parsnip Spread?

As mentioned previously, humans are the main reason this plant has been dispersed far and wide. Mowing at the wrong time of year (while it is in seed) is the classic culprit. Simply cleaning mowers and other equipment can go a long way to slowing and even preventing its spread.

This is one reason we partner with Play Clean Go. This nation-wide program was started in Minnesota to help raise awareness about the inadvertent spread of invasive species.

So the next time you are out and about, don’t forget to clean your gear before and after your trip!