The snow has barely melted in the Twin Cities, and we still need a jacket at night. If you look closely, though, you will start to notice small, delicate flowers blooming before trees even think about showing their leaves.

Three Rivers Park District is home to some special flowers, some of which have a very short above-ground life. After blooming, many disappear in the heat of summer, retreating underground until next year.

Take a walk in the parks this early spring and you may discover some of these opportunistic plants.

Why Do Spring Wildflowers Have Such Short Lives?

Native spring wildflowers, many of them ephemeral (meaning they have a short life cycle), have a narrow window of time to accomplish growth, photosynthesis, reproduction, and food storage. They must complete these tasks before trees or tall prairie grasses grow their leaves and block the sun’s rays from reaching the ground.

Blooming in spring is hard work, but through unique adaptations, these tiny flowers form hardy plants that you might not have even realized were there.

Read on to learn about six of these resilient plants and where in Three Rivers Park District you might be able to see them for yourself.

Named for its unique flower structure – much like old-fashioned miniature Dutch pantaloons – this is a widespread species in Minnesota’s woodlands. The flowers are pollinated largely by bumblebees, and they bloom just in time for these queens after they arise from their long hibernation. 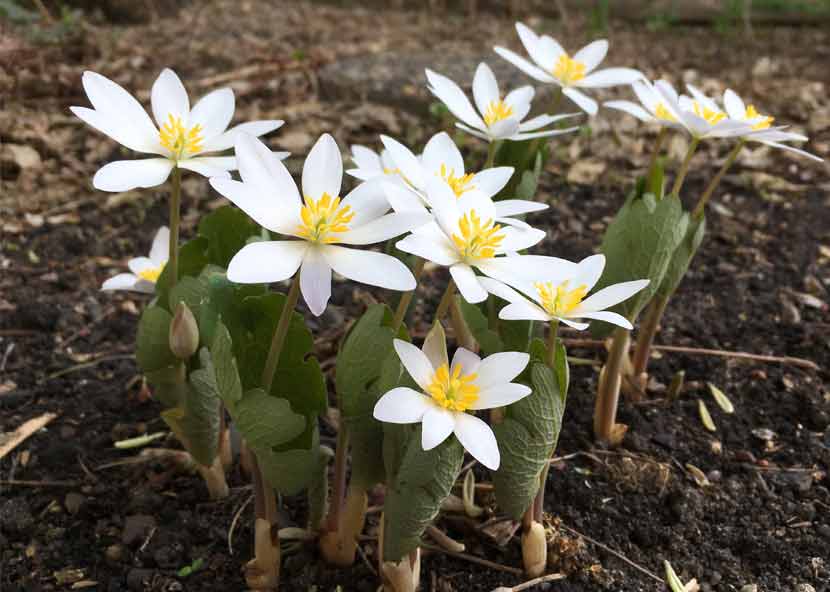 Sometimes blooming while there’s still snow on the ground, this white flower is a welcomed sight in spring. Bloodroot gets its name because a red liquid “bleeds” from leaves, stems and roots when broken. Its seeds, like many other spring wildflowers, are dispersed by ants.

Look for Bloodroot on the following trails: 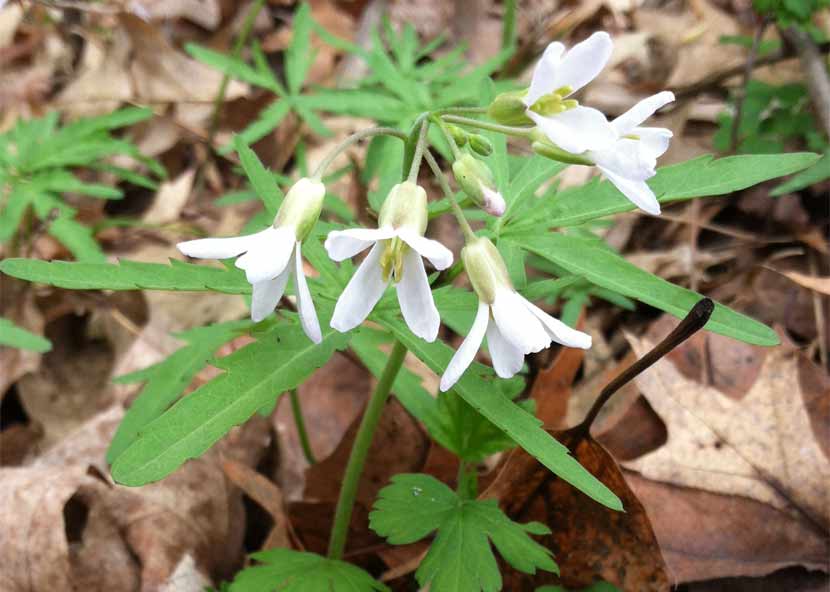 One of the early spring woodland bloomers, these flowers open up and stand tall in the presence of sunshine on warm spring days. Cutleaf toothwort is a larval food for white and sulfur (Pieris) butterflies.

Look for cutleaf toothwort on the following trails. Carver Park Reserve may be your best chance to see them.

Found in the open prairies, pasqueflowers are one of the first to bloom in the spring – often with snow still on the ground. The purple flowers attract early pollinators and other insects thanks to the arrangement of sepals, which reflect sunlight, increasing the temperature by several degrees. The silky hairs that cover stems and leaves give this plant a unique look that also serves as protection from late frosts.

Look for pasqueflower on the following trail: 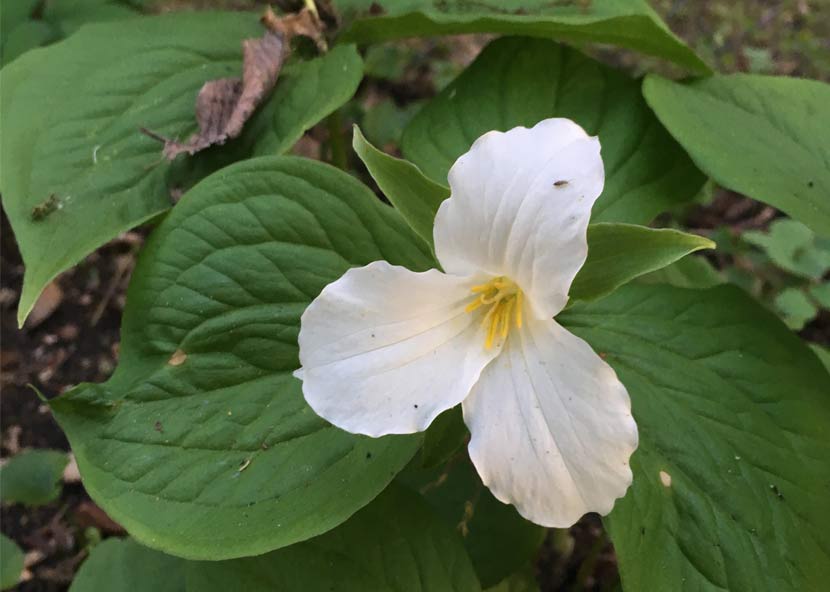 The largest trillium in Minnesota, large-flowered trillium is long-lived but slow-growing. There may be several years between seed germination and the first flower blooms. A single, pure white flower blooms in mid-April to mid-May. Its green foliage, however, persists to late summer. Find it in woodland areas.

Look for large-flowered trillium on these trails:

With a small dark-red flower that lies close to the ground, it can be easy to miss Canadian wild ginger among the leaf litter. The flower evolved to attract small pollinating flies that emerge from the ground in early spring. Keep an eye out for its recognizable heart-shaped fuzzy leaves.

Look for Canadian wild ginger on the following trails:

Want to learn more about wildflowers in Minnesota? Check out this month's episodes of the Three Rivers podcast, The Wandering Naturalist!

Like what you read? Scroll to the bottom of the page and sign up to be the first to learn about new blog posts!

August can often be a difficult month for tired gardeners. A walk through Noerenberg Gardens might be just the thing to get through the “dog days” of summer. Learn which plants to look for this August.