Aquatic Invasive Species (AIS) are non-native plants, animals and pathogens that can thrive in our waterways and cause environmental damage and economic loss. AIS are an increasing problem in our watersheds. 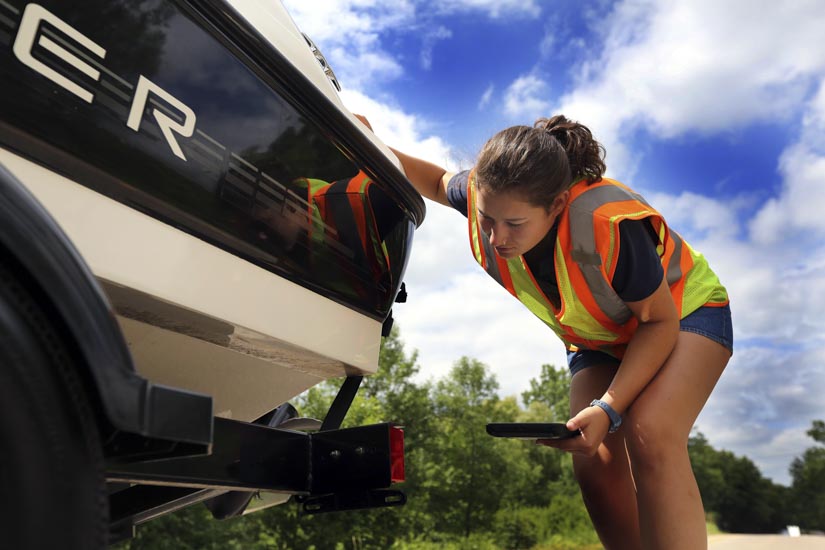 AIS prevention and strategic management is a high priority across the state. Three Rivers works with the Minnesota Department of Natural Resources (DNR), watershed and conservation districts and lake homeowner associations to stop the introduction of exotic species into lakes; to develop cost-effective control methods for areas already affected; and to educate the public about stopping the spread of aquatic invasive “hitchhikers” such as zebra mussels.

Key elements of the Park District’s AIS efforts are:

Watercraft Inspections/Education: Three Rivers trains and manages inspectors that patrol lakes within the Park District. In 2016, more than 120 staff covered 15 different boat accesses, inspecting over 20,000 watercraft during the summer months. The primary role of the inspectors is to educate watercraft operators on precautions required by state law to reduce the risk of spreading AIS. Funding for the inspection and education efforts have been supported by grants from the MN DNR, Hennepin County AIS Prevention Program and Minnehaha Creek Watershed District. Three Rivers has partnerships with the Lake Minnetonka Conservation District and the City of Plymouth to provide inspection services at some of their boat accesses as well.

Monitoring/Early Detection: The Park District regularly checks lakes for new infestations of AIS. Some of the methods to find AIS include wading and diving searches in high-risk areas, collecting water samples and doing regular surveys of aquatic plants.

Management of existing AIS infestations: Three Rivers has begun a rapid response effort to manage and reduce AIS occurrences and to improve the water quality and recreational fitness of these lakes. Current projects include:

The Park District is working with public and private entities to design, create and test a watercraft cleaning station to be used by watercraft operators as they access the lake.

In 2015, Three Rivers launched a pilot project to test the possibility of offering decontamination services at high-risk locations in the Park District. The initial pilot location is at the Baker Park Reserve boat access on Lake Independence in Maple Plain. The unit was bought with funds from an Aquatic Invasive Species Prevention Grant from Hennepin County. Lake Independence was chosen as the location for the unit because zebra mussels were found in the lake in September 2014.

The decontamination unit is used mostly on weekends when watercraft activity on the lake is highest, and on boats leaving the lake that have a high risk of moving aquatic invasive species from Lake Independence to other lakes and rivers. A watercraft is high risk if it:

How it works: The decontamination unit uses hot water to kill zebra mussels and other invasive species that may be on or in the watercraft. Treated areas include the exterior of the watercraft, live wells, bilge areas, ballast tanks and motors. Water can be applied with low or high pressure.

The Minnesota Department of Natural Resources also has plans in place to manage aquatic invasive species.

Three Rivers also works to stop the spread of terrestrial (land) invasive species across the parks. Volunteers are an important part of this effort.