When I was a kid, I thought it looked pretty neat when an archer, with bow at full draw, released an arrow sending it down range. I wanted to try it myself but my dad’s bow was too hard to pull back, so for Christmas one year he bought me a Ben Pearson with a 30-pound pull. At the time, I was able to conveniently shoot in my backyard where I mostly shot paper targets, but I remember one week when I had full beer cans to shoot.

I stopped shooting after high school and didn’t start up again until my 40s when I got a compound bow. This time, however, there wasn't a safe place to shoot in my yard. Fortunately, the Elm Creek Archery Range is only five minutes away from my place and way better than my old backyard.

The main area has over 20 targets at various ranges from 10 to 50 yards and a tower for tree stand practice. There’s also a mile-long field-archery course with 15 targets at a variety of distances that mimic situations you would encounter while hunting.

A nice thing about the Elm Creek range is that you are in the woods and wildlife is everywhere. Squirrels and chipmunks are common, bats come out at twilight, and coyotes howl in the early morning. A couple of years ago beavers flooded part of the field archery course.

One morning while I was shooting at the main range, a turkey flew down from its roost followed by her seven young ones. They proceeded to feed in the grass. Not sure what to do, I just continued to shoot ... and they continued to feed for another 20 minutes not caring that I was there. They were still there when I left.

The Most Satisfying Way To Punch Holes In Paper

I don’t know why it is that I like archery so much. It could be combination of things, such as using your own strength to fling an arrow down range, or the concentration it takes to aim well. I just know it feels good being at full draw trying to get your mind and body to work together to execute a good shot.

One nice thing about archery is that once you purchase the arrows you can use them over and over again – that is, if you don’t lose them in grass or get them stuck in a tree. Of course, the favorite way (if there is such a thing) that every archer wants to lose an arrow is by getting a Robin Hood. Anyone who shoots bows regularly gets one at one time or another.

There are certainly easier ways to make tiny holes in paper — rifles, paper punches, lasers. But I don’t think that there’s any way more challenging, satisfying or fun than with a bow. 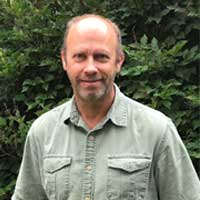 Grant Stenback is a Three Rivers park guest who lives in Champlin. In addition to archery, he also enjoys the outdoors, biking the trails in the park, and camping with his family.

When taught correctly, archery is one of the safest sports to participate in. It is also a sport that almost anyone can excel at, and prospective archers have many bow choices for all sizes and abilities.

Running in a local park is a great way to get exercise, experience the seasons, reduce stress, and see wildlife. Get tips on how to get started.