The obsession began early in life. As a kid, if there was a lake, creek or pond, I wanted to fish it. Growing up in Bloomington, every summer day that wasn’t spent playing baseball was spent riding my bike, fishing pole in hand, to Penn Lake or Nine Mile Creek.

I passed many hours catching crappies and sunfish off the point of Penn Lake. If I had a dollar for every bullhead I pulled out of Nine Mile creek by Hillcrest Elementary School, I would give Bill Gates a run for his money. But the truly good times were when I was able to talk my Mom into driving me to Hyland Lake, or better yet, Lake Rebecca or Gray’s Bay of Lake Minnetonka.

The shore fishing at Hyland Lake and Lake Rebecca was excellent and it was hard to beat a spring crappie run on Lake Minnetonka. But as awesome as those times were, there was one problem I could not solve: I was shore bound.

For the most part, that meant I was limited to catching panfish. I envied friends and their fancy boats. Like them, I wanted to troll weed lines for northern pike, jig deep mid-lake holes for walleye, or cast topwaters in hard-to-reach places for big bass. But as the son of a hard-working single mom, a boat and easy access to bigger and better fish was just a dream.

Fast forward to middle age and I faced the same problem. Family, the mortgage and bills came before buying a boat, and I remained shorebound. That is until I had an epiphany. Why I never thought of it sooner I don’t know.

You see, in Minnesota, for several months of the year, the lakes freeze over. Once solid, with at least four inches of clear ice, you can go anywhere on the lake you want. And with a modest investment in a hand-cranking ice auger, an ice-fishing pole and a few hooks or jigs, those once unreachable spots, are now accessible.

Ice is the great equalizer. Anyone can fish any spot without needing a boat. That’s why I now do the majority of my fishing in winter.

Where To Go Ice Fishing

Learn How to Ice Fish with Three Rivers 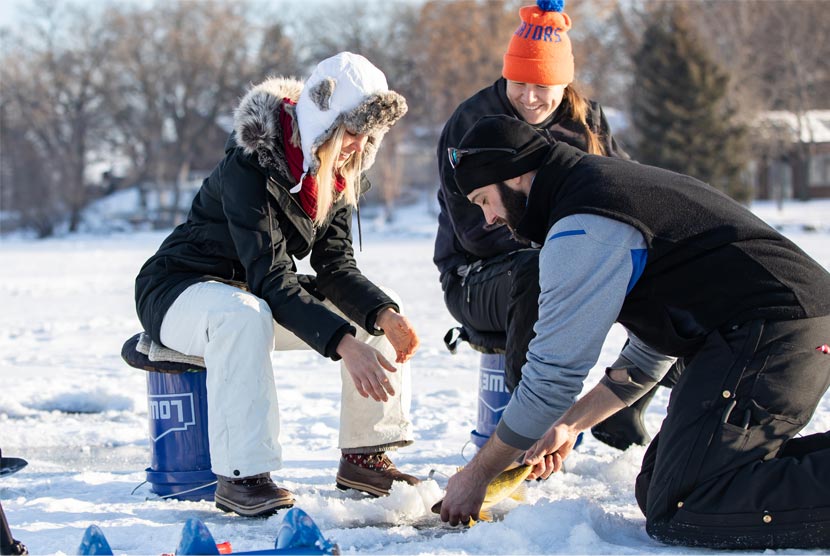 Want to try ice fishing? Don't miss Try It: Ice Fishing on Saturday, January 25 at Fish Lake Regional Park in Maple Grove. During this free, hands-on event, you can practice ice fishing techniques, learn how to bait a hook and test out equipment. Best of all, experienced staff, professionals and community partners will be on hand to show you how it's done. 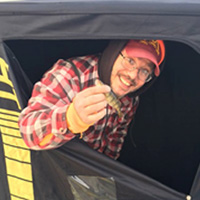 Tom Knisely has been the media relations contact for Three Rivers Park District since 2007. What little free time he has is spent on the water or in the woods. He is also a mentor for the mentored youth deer hunts hosted by Three Rivers.