What's Happening to Our Woodland Understories?

Forests in the Twin Cities area are under siege. Many factors are to blame, including land fragmentation and overuse and invasive, non-native pests.

Sugar maple-basswood forest understories have been hit particularly hard. In these forests, the lack of plant life has essentially led to ecological deserts in the understory (the stuff that grows underneath the canopies of mature trees).

Under normal conditions, forest floors would be carpeted by woodland wildflowers every spring. Nowadays, you must seek out populations. Similarly, trees and shrubs in the forest understory were once much more abundant and diverse.

This situation does not appear to be improving, but what’s going on and what can we do about it?

What Should Be in the Understories?

Spring ephemerals, a variety of sedges and a number of shrub species were typically present in most maple-basswood forest understories in our area.

Spring ephemerals encompass a wide variety of native woodland wildflower plants that bloom and reproduce within a very short window of time in the spring. Typically, this window occurs after the last killing frost and before the trees leaf out and shade the forest floor.

It is a short window, indeed, but these plants have adapted to these conditions with unique reproductive strategies to take advantage of their limited time.

Similarly, a variety of grasses and sedges (mainly sedges), as well as ferns, formed colonies in these forest understories, with a variety of shrubs or small trees scattered throughout.

Until recently, large areas of the maple-basswood forest in Minnesota were dominated by these plants.

What’s Happening in Our Forests?

As mentioned previously, all is not well in our forest understories. The overall abundance of understory plants has been dwindling for decades. There are now many areas that once held healthy populations of native plants that no longer support them.

Diversity of plant life has also been reduced. Currently, there are only a handful of species that are at all common.

The reasons for these declines are not entirely clear, but there are a couple of likely culprits.

The first is the earthworm invasion. All earthworms in our area are non-native (the glaciers basically cleaned the place out). As these worms invade forests (especially the deeper tunneling Lumbicus species – a.k.a. nightcrawlers) they significantly reduce the amount of forest leaf litter and systematically mix upper and lower layers of soil. Studies have shown that these actions have negatively impacted herbaceous forest plant communities, reducing both the abundance and diversity of these plants.

The other main threat is the high numbers of white-tailed deer. Increasingly high deer populations put additional pressure on plants. Areas that are already impacted by earthworm invasion see a double-whammy effect: The worms lower the reproduction rates of these plants and then deer are able to eat a much higher percentage of them than in the past.

Is Reproduction the Problem?

With such a short amount of time to reproduce, how do these understory plants do it – and are they doing it enough? These are very good questions, but ones with no simple answer.

First, nearly all of these plants are perennials. So once established, they will persist, under the right conditions, for a minimum of three years and often much, much longer.

Second, each species has its own adaptation which, under the right conditions, improves its chances of fertilization and seed dispersal.

For example, bloodroot (Sanguinaria canadensis) relies entirely on ants to disperse and germinate its seeds. It attracts ants by coating its seeds with a fatty material that the ants feed to their larvae (leaving the seed intact).

Another plant, Jack-in-the-pulpit (Arisaema triphyllum), creates an odor that mimics a native fungus. This attracts a fungus-feeding gnat for its pollination.

Dutchman’s breeches (Dicentra cucullaria) are an essential source of nectar for queen bumblebees as they emerge in the spring. And the list goes on.

Similarly, under normal conditions, shrubs will do fine on their own. There has been, however, a noticeable reduction in the amount of certain shrubs in forest understories. Some of this is due to shade, as sugar maples have begun to dominate the overstory, but some of it is due to growing conditions.

So, What Are We Doing About It?

At Three Rivers, we have been actively pursuing ways to manually and purposefully reintroduce woodland herbaceous plants and shrubs into our forest understories since 2018.

At our nursery in Crow-Hassan Park Reserve, we have an area set aside for the growth of a small suite of some promising woodland plants. We grow the plants under shade cloth to mimic forest cover and then collect the seeds when they are ripe. 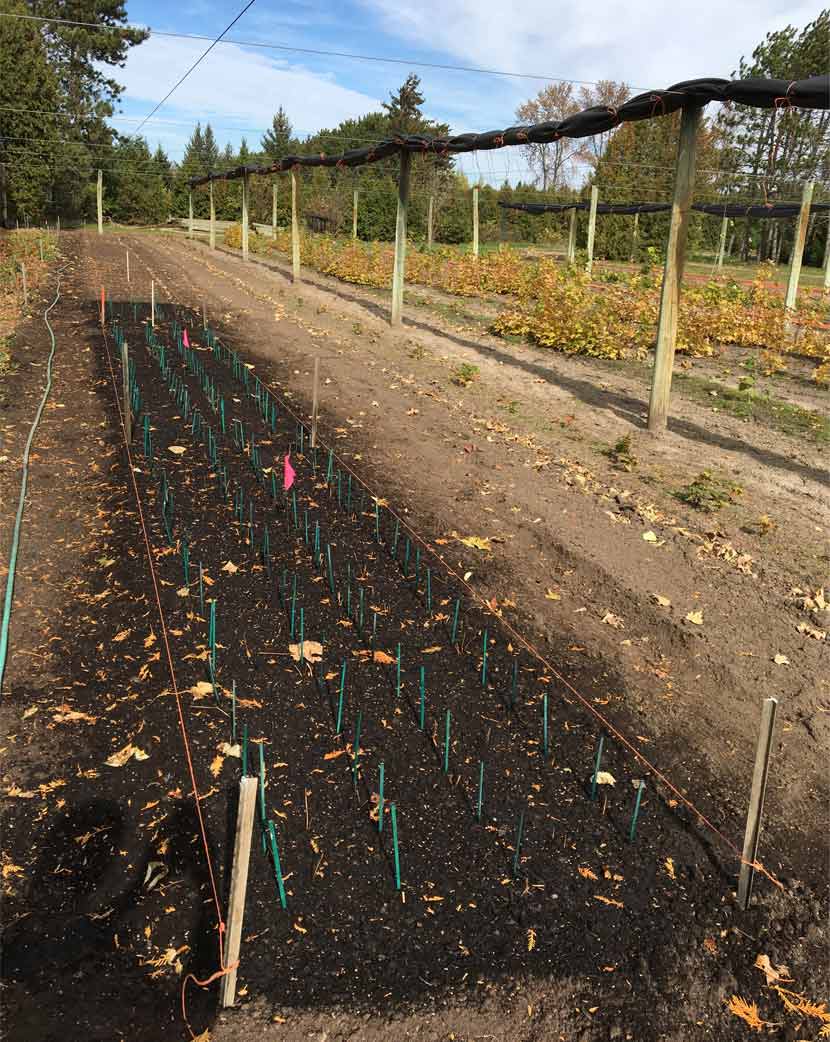 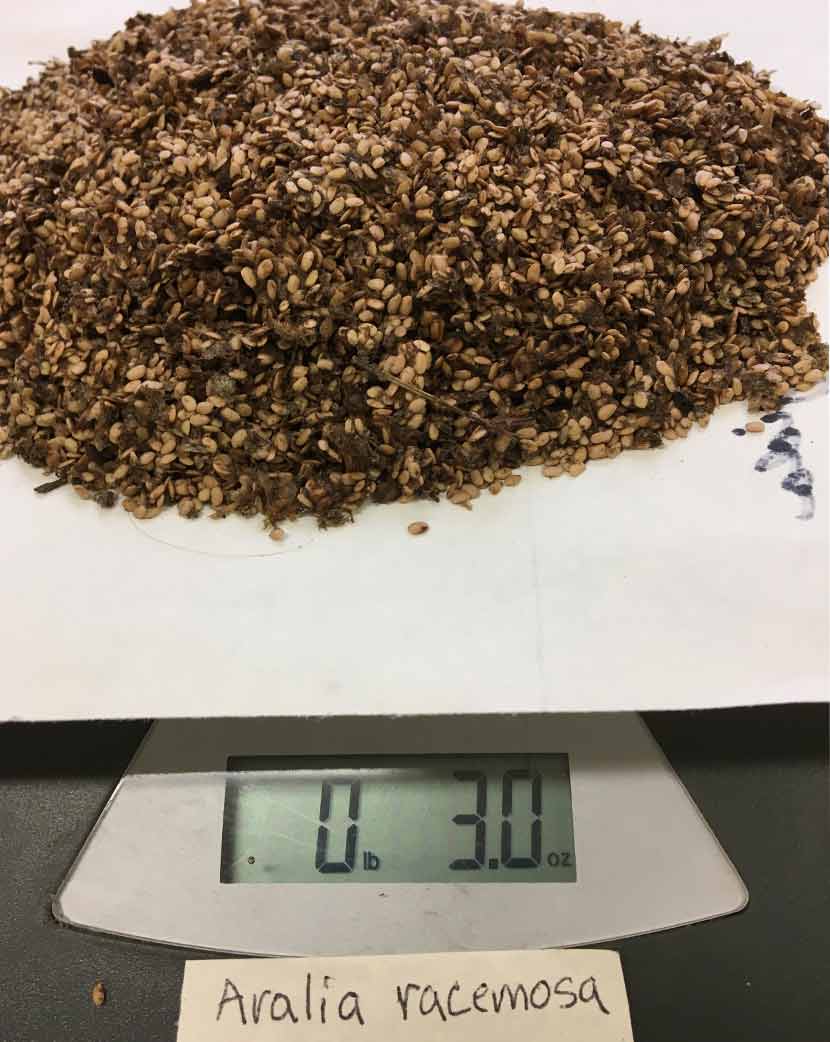 We then distribute the seeds in select high-quality forests (shh, they are secret locations) to attempt to reestablish populations in-situ. It is a slow process and one that may not show visible results for years. (Some plants take up to eight years to fully develop!)

It is anticipated that this effort will eventually help us reestablish a diverse understory in woodlots within our park reserves that could serve as seed sources as we continue to improve habitat in adjacent areas.

We also hope to create resistant species for different forest types to both increase diversity and prevent reinvasion after invasive species like buckthorn and garlic mustard have been removed.

The ultimate goal is to come up with a group of plants that are resistant to both deer and the impact of earthworms. Only time will tell, but we are hopeful that, eventually, we will find the right mix of plants to get our understories back on track.

Three Rivers Park District is home to some special spring wildflowers, some of which have a very short above-ground life. Learn about six of these flowers and where to find them.

Why and How Three Rivers Manages Deer

Deer can be fun to see in the parks, but too many of them can be detrimental to the environment and dangerous to drivers.