How to Disc Golf

Looking for a fun, inexpensive activity to get yourself and those close to you outside and moving? If so, disc golf may be the game for you!

Disc golf is a lot like golf in that you are outdoors enjoying beautiful courses and getting good exercise, but it’s a lot less costly. What could be better? And it’s an activity anyone can do, though patience and perseverance are helpful qualities to have. All you need is a good pair of walking shoes, a disc and a disc golf course.

What is Disc Golf? 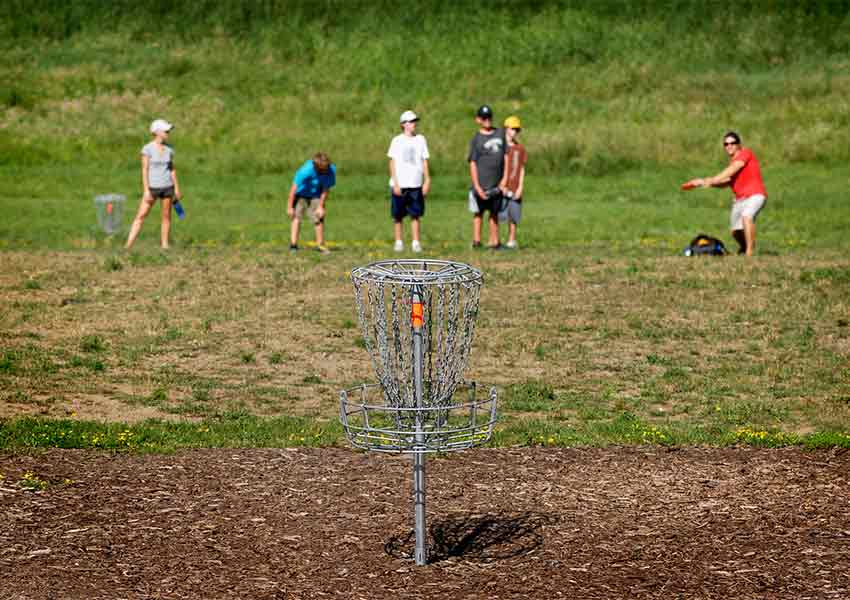 Disc golf has been around since the mid-1970s and had its origins in Southern California. The game of disc golf is similar to golf in scoring, but instead of using clubs and a ball, you use a disc.

The objective is to throw the disc into a basket using the fewest number of throws as possible. That’s it! Simple. The challenge is getting the disc to go where you want it to go.

In this post, we’ll cover the difference between discs and Frisbees, how to throw basic putts and how to throw for distance so you can get out and enjoy disc golf for yourself.

Discs are different than Frisbees used for playing catch. Discs are generally smaller than Frisbees, averaging 8-9 inches in diameter. They are also often made of harder plastic and can have quite sharp beveled (slanted) edges. It is the bevel of the edge that determines the function of the disc.

People who get into disc golf can go nuts buying different discs that are designed to behave differently in the air when thrown with a certain amount of power — not unlike people who are into playing golf have their specialized golf clubs.

But to play disc golf, you don’t need any special discs. In fact, you only really need to have one disc.  If you go with one disc, I suggest finding a midrange disc which is the most versatile.

Learning how to putt, or throw short shots, is one of the best places to start in disc golf. This way you can dial in the form before adding power.

The instructions for throwing a disc, as written on the original Pluto Platter Frisbee in 1955, said “a flat flip flies straight.” That means when you release the disc with a flick of the wrist and the disc is parallel to the ground, it has the best chance of flying straight. Imagine throwing a pizza flat so none of the toppings slide off.

Of course, that’s easier said than done. It takes practice, patience and perseverance to flick the disc flat.

Putting is done within roughly 15 feet of the basket. You can throw the disc any way you like to get it into the basket, though there are three common putts to try: the backhand toss, the wheel throw and the free throw.

Disc golfers often interchange these depending on distance, wind and personal preference.

How to Throw a Backhand Toss

Benefit of this toss: It’s comfortable – most people are used to doing this throw, so it’s familiar.
Challenge to this toss: It’s harder to control throwing the disc straight.

How to Wheel Throw

Benefit of this toss: It’s easier to throw the wheel (or disc) straight.
Challenge of this toss: The basket chains are less likely to “catch” the disc, so it sometimes rolls right out of the basket, and it’s not a good throw on windy days as the disc will get caught by the wind and not fly straight.

How to Free Throw 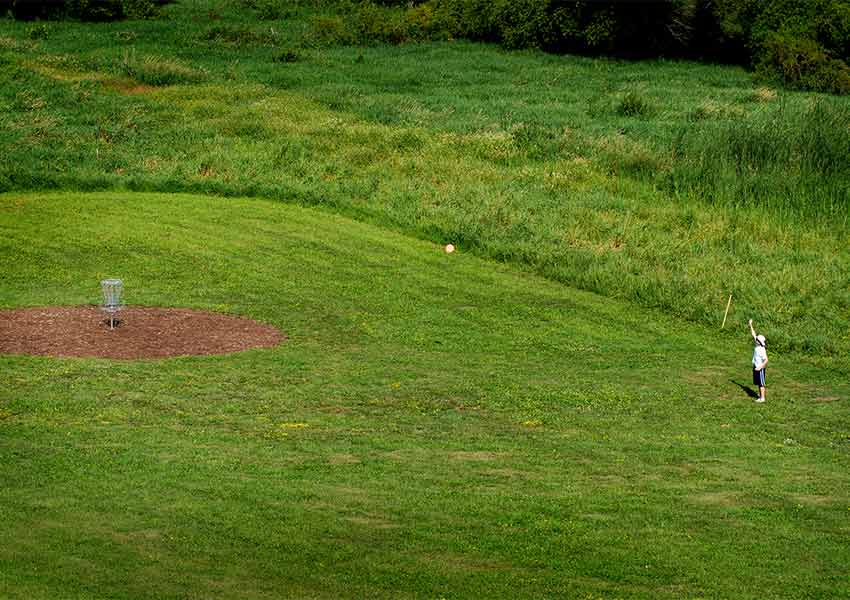 Putting happens when you are close to the basket, but each hole starts with teeing off from a distance.

If you find you like disc golf, it’s good to learn to throw both forehand and backhand because you can use both throws depending on where your disc lies from the tee or whether it’s behind an obstacle. The backhand throw tends to fade left at the end of the throw and the forehand throw fades right. It can be very helpful to have both throws in the repertoire.

How to Throw Backhand

How to Throw Forehand

Now you are all set to play! Find a friend, head out to a disc golf course and enjoy flicking a disc.

All three courses are pay-to-play courses. You can purchase a day pass or an annual pass online. There are many free disc golf courses in communities all around the Twin Cities, too.

Remember to be gentle with yourself, don’t take the game too seriously and bask in the beauty of the outdoors. 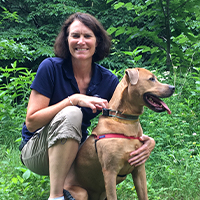 Formerly a teacher with 18 years of classroom experience, Ann has been sharing her love of the outdoors with people in one capacity or another all her life. Ann’s outdoor recreation experience includes running an outdoor adventure company in the mountains of Southern California, backpacking in California, Oregon, Washington and Colorado, canoe and Voyageur canoe guiding in Northern Wisconsin, numerous BWCA trips with friends, and working with the Outdoor Recreation School of Three Rivers Parks for the past 10 years. Ann has a particular love for disc golf having grown up playing Frisbee in Southern California.