Gaming and Gamification in Nature

You’ve seen it before. People staring at their smartphones while walking around outside. They are not paying attention to what is happening around them, and they are completely missing the views in the parks. Or at least that’s what it looks like.

It’s a common misconception that technology keeps people from connecting to nature. But the overlap of those who are interested in both the natural world and gaming is larger than you might imagine – and connecting to the outdoors through technology can be just as valuable as connecting without screens.

Pokémon GO, Harry Potter: Wizards Unite, iNaturalist, Merlin Bird ID, and so many others. All of these phone apps use games, gamification or altered reality to connect people to the outdoors and nature. I think it's definitely worth exploring these pieces of technology to see if you might enjoy them as well.

Geocaching has been a way for people to engage with the outdoors since at least 2000. Geocachers try to find caches — usually hidden boxes containing a log book and tradeable treasures and trinkets – that are marked on a digital map. Today, you can use a smartphone app to find caches all over the world. Most Three Rivers parks have at least a few caches hidden in them.

Similar to geocaching, Munzee is a game of finding QR codes. Many codes are hidden outdoors, encouraging players to be outside and explore.

At Silverwood Park, we use QR codes on our Art on Foot trail. Just scan the code with your phone, and you will get a poem or an explanation of the art you are looking at.

In each of these, technology connects directly to a real object in the world, and your smartphone helps you find it or learn more about it. There are also games that take outdoor play with technology a step further: altered reality games.

Altered reality combines images and sounds from a game with your surroundings in real time. It looks like this: You open the camera app on your phone, and a character from the game you are playing appears on your screen with the real world behind it!

Two games that recently made waves with altered reality in the outdoors are Harry Potter: Wizards Unite and Pokémon GO.

In both, points of interest in the real world are pulled from the database of another game called Ingress. Points of interest might be businesses, artwork, signs, or other recognizable landmarks. These points then become important locations in the game.

In Wizards Unite, the points of interest become greenhouses, inns, and fortresses. In Pokémon GO, they are PokéStops and gyms. At these points of interest, items that are important to the game can be found alongside things that are visually interesting in the real world. At Silverwood Park, for example, nearly every sculpture is a point of interest, as are a few sites in the visitor center.

I have spent the last few years occasionally following large groups of Pokémon GO players to see how they engage in the outdoors. I’ve also played the game myself.

Early this spring, I joined a Pokémon GO battle raid. There were nearly 100 players hiking together through a small prairie area. They were talking and joking, strategizing about which Pokémon they would use to raid the gym. They also occasionally stopped to point out birds they saw.

The group stopped at the gym — in this case a park bench — and picked up their phones to battle, making sure that the path was clear for other park-goers.

Once the game was over, they noticed frogs calling on a nearby pond. They wondered out loud what kind they might be and whether they would stop calling if they got too close.

The game motivated these players to get outside to a place they might not otherwise go. Once they had a pause in play, they began to take in their environment and connect to nature and each other.

Basically, it makes real-world activities more exciting so more people will do them.

Once you know what gamification looks like, you can see that it has leaked into our lives on many levels.

Do you get points for using your credit card and redeem them for rewards? Do you use a coupon app like iBotta or Cartwheel? Do you compete with co-workers to get more steps each week on your smart watch? If you answered yes to any of these, you use gamification to motivate yourself to do things you might not otherwise do.

A lot of biological science data can be collected this way, and there are many apps available to do it. Here are a few examples:

Embracing Technology as a Connection to the Outdoors

There are numerous benefits to connecting with nature through games and technology. Altered reality video games get people moving and exploring in a similar way that a hike does. Phone apps use elements of gaming to encourage people to collect data for scientific research. And we, as users and lovers of the outdoors, can embrace and welcome the gaming and technological communities into our shared outdoor spaces.

e-cology: The Evolution of Technology at Silverwood Park

Do you want to experience nature through gaming and technology? Silverwood Park will turn into an outdoor, life-sized gameboard during e-cology: The Evolution of Technology on Saturday, July 25, 2020. 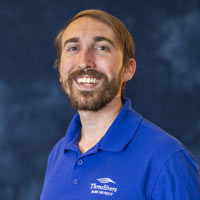 Seth Eberle is an educator focused on the arts, environment, and inviting the community to create. He has a Bachelor's degree in Theatre Arts with a Visual Art minor focused on art for social and community engagement from North Dakota State University. He also has a graduate certificate in Natural Science and Environmental Education from Hamline University. He has taught art and nature education programming at Silverwood Park for the past five years after spending a few years as a freelance art and theatre educator around the Twin Cities. In his spare time, he carves wood, plays Pokémon GO, and likes to bike.

Little was known about the winter whereabouts of the monarch butterfly until the mid-1970s. Subtle factors, persistence and a network of people working across borders came together to finally reveal the mystery of the great monarch migration. Read on to learn how Minnesota occupies an important place in the history of monarch research.

A Walk Through Silverwood Park

Like a living museum, Silverwood contains curiosities and specimens of every kind. Here, the connection between nature and art takes center stage. Learn about the park's history as an escape from the city and take a virtual walk down a trail of sculptures.

Did you know that you can find poetry along the trails of Silverwood Park? In honor of National Poetry Month, learn about this art, the voices you can hear on the trail, and why you might want to give it a try yourself.